OBD2 Australia is an ecommerce business that sells automotive diagnostic tools and accessories. Founded in 2018 by Founder Ben Hart, OBD2 has grown from being an ecommerce startup to a big player in the car diagnostics scene.

In 2019, OBD2 Australia partnered with KeepSpace to be their fulfilment partner tasked with coordinating the shipment of product all around Australia. This partnership has allowed Ben to work from anywhere and gives Ben more time to work on key aspects of his business and the time to go on holidays.

OBD2 Australia founder Ben Hart started the business when he realised that there was no one selling OBD technologies in Australia who had great knowledge about what it did and what cars it would be suitable for. 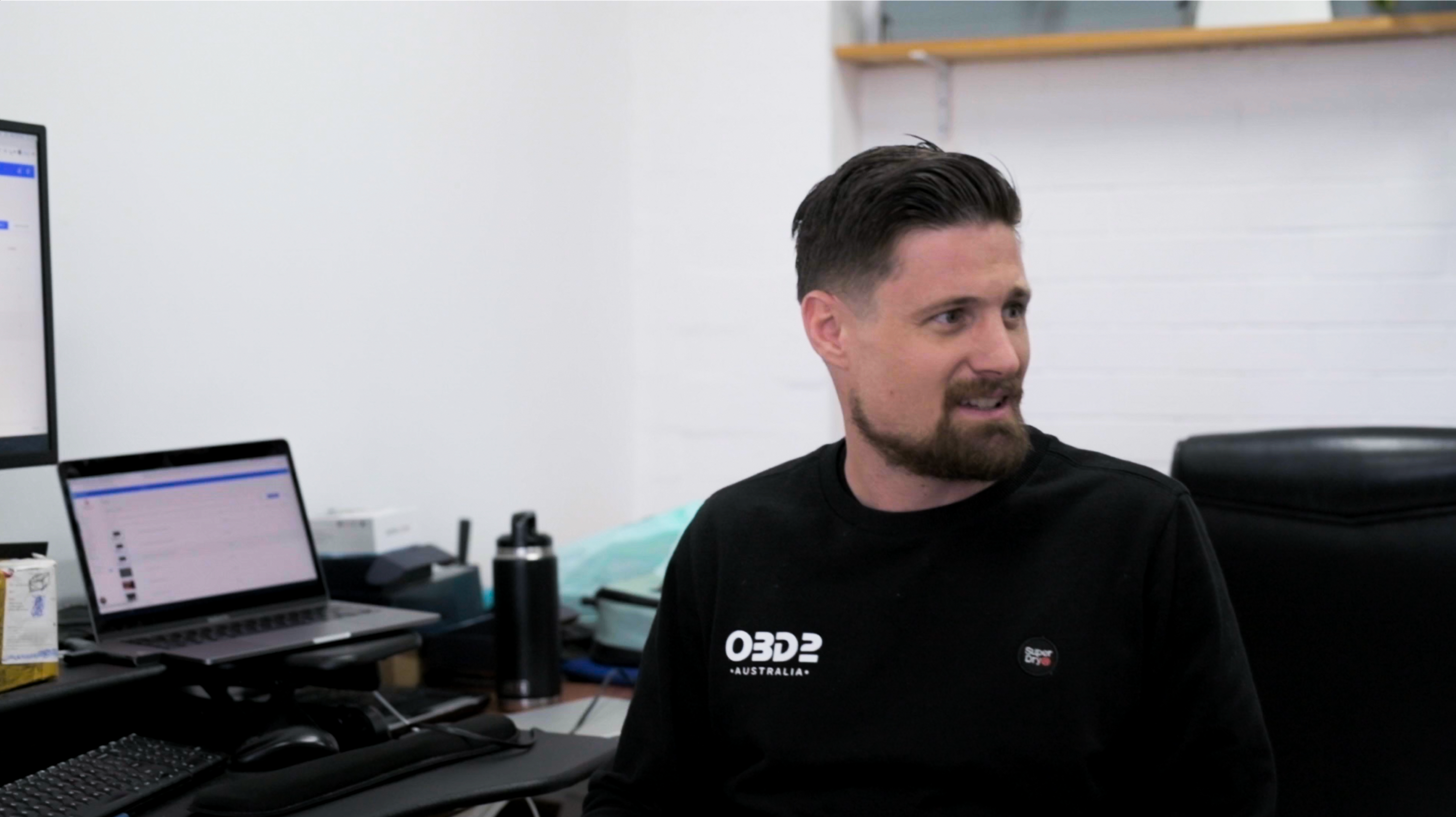 Ben’s operations began from the back of his house. where he would pack his orders at night time and send them out during his lunch break. This was a bit of a mission for Ben as he rides his bike to and from work. It even reached a point where he bought a trailer for his bike thinking that would be his solution.

Luckily for Ben he never had to use the trailer as KeepSpace came along and saved the day.

Ben came across KeepSpace just as he was reaching breaking point at 200 orders a month. He came across the team at a KeepSpace Ecommerce event where he learn’t about how 3PL’s could scale up his business.

In October 2019, OBD2 Australia partnered up with KeepSpace to be their fulfilment partner. This gave Ben time to work on things to grow the business and gave him the ability to work from anywhere which was the reason why he started his business anyway.