When you come to settle in Perth, whether it’s for short term or long term, it’s an advantage to know the culture and lifestyle of the Perthians. Find here some information to understand the custom of Perth and some tips to mingle well in the community.

The Whadjuk Nyoongar (Indigeous Australians) and their ancestors are the original inhabitants of the Perth region. The Whadjuk people call Perth “Boorloo“.

1696: A Dutch captain Willem de Vlamingh and his fleet arrived looking for their ship that went missing two years earlier. On their journey, they came across a river and intrigued by the unique black swans. De Vlamingh gave the river’s name Swan River. The Whadjuk people named the river Derbal Yerrigan.

1829: Captain James Stirling originated Perth as part of Swan River Colony. Fremantle port was also established this year. The British government agreed to establish the colony as the first free settlement in Australia. Land in Perth was sold cheaply to private citizens, disregarding the life and wellbeing of the Whadjuk people who inhabited the land.

1850: Due to the shortage of labour and the large growth rate of Perth, the British government agree to send convicts to farm and build infrastructure for the city. 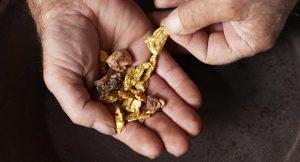 1892: Gold is discover in Coolgardie and later Kalgoorlie. This discovery marked the beginning of the Gold Rush in Western Australia (WA). Population grew dramatically. Kalgoorlie is still a major gold mining town today.

1907: The “Rabbit Proof Fence” project was completed. This fence was built to keep pests out of the state. Spanning 1,833 kilometres along the border of WA, this fence is visible from space! Unfortunately it was unsuccessful at keeping the rabbits out. 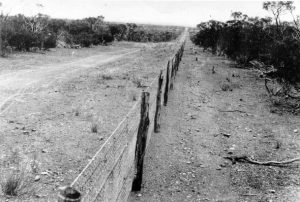 1900’s – 1970’s: Children of Aboriginal and Torres Strait Islander descend -referred to as the stolen generation- were removed from their families by order of the state, federal governments and church missions. The government argued that this was for reasons of “child protection”. The resulting psychological damage and trauma still affects some Indigenous families, communities and individuals today. Recommendation: watch the movie “The Rabbit Proof Fence”.

1966: The first nickel mine in Australia was established.

1969: Poseidon NL made a promising nickel discovery at Mount Windara, a town north east of Perth. This caused the price of Australian Mining Shares to skyrocket from 80c/share to up to $280/share in a few months. This phenomenon is known as the “Poseidon Bubble.” 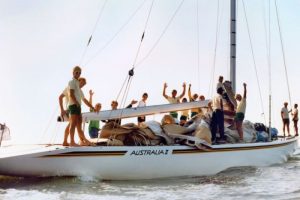 1983: Our very own Royal Perth Yacht Club won the America’s Cup yacht race by defeating the New York Yacht Club who has held the trophy for 126 years.

1987: The America’s Cup yacht race was held in Fremantle. In preparation for this event, Fremantle and its surrounding were undergoing a major re-development and Hillary’s Boat Harbour was built.

2006: On 19 September 2006, the Federal Court of Australia recognised Nyoongar as the native title of the Perth metropolitan area.

2016: Perth is often referred to as one of the most isolated cities in the world. Today the population of Perth is approximately 2 million people. Perth is very multicultural with about 40% of the population being born overseas. Mining still plays a large part in Perth’s economy.

Tips to Blend In

Perth is a friendly city populated by people from many different backgrounds. However, that said that it’s still easy to point out the tourists! Here’s a few tips to help you blend in with the locals. 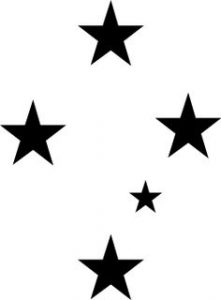 * If you’re a tattoo lover, or have a secret desire of having a tattoo, consider the Southern Cross (but don’t force yourself if you’re not into it)

* Relax!!! Perthians are totally laid back, and you should be too.

* Go to the beach! Perth has some of the world’s best beaches. Remember to swim in between the red and yellow flags, and be careful at unpatrolled beaches (Perth is also quite famous of some shark attacks)

* Go for a surf! Or at the very least get a picture of you holding a board facing the sunset so you look cool on Instagram or Facebook. Scarborough beach has the most learn-to-surf schools. Boards also available for general hire.

* Be SunSmart and Slip, Slop, Slap. Slip on a t-shirt, slop on some sunscreen and slap on a hat. Perthians love outdoor activities under the sun. So, prepare yourself to get burnt. 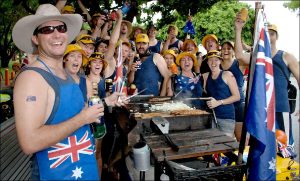 * Buy some cheap snaggers and fire up the barbie! You’ll find free BBQ’s in most parks and beaches. But don’t throw a shrimp on there – no one does that. And please note that we call them prawns, not shrimps.

* Every second word should be a swear word (again, you don’t have to force yourself to talk like this, but be courteous to others who do)

* Throw away your shoes. You can walk almost anywhere in a pair of thongs (yes thongs, not really flip-flops), or just go barefoot. Enclosed shoes are for work and formal venues. However, if you’re thinking of drinking, be ready that some drinking places may require you to dress formally or semi-formally. 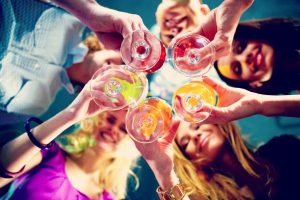 Note: pre-drink is the process of getting drunk prior to going out socializing, in a manner as cost-efficient as possible.

* Drink anything other than Fosters. Fosters aren’t actually brewed in Australia and you’ll struggle to find it in Perth.

Aussies always take the piss out of everything and we abbreviate all words because full words are a huge waste of time!

Cashed up Bogans (CUB) – bogans who work on the mines and earn good money, not enough to become sophisticated though

Flaming Galah – we don’t actually say this, but we should. It’s more old Aussie slang, meaning someone who acts a bit like a fool but isn’t afraid to laugh at themselves

How ya going? – what we say to be polite. Not to be mistaken for an open-ended question and should always be answered with “yeah I’m good, thanks”

Mate – a friend, a colleague, or anyone really. We also call strangers “mate”

Roadie – a beer to take on the go

Servo – a service station, and the source of all good pies

She’ll be ‘right – the most reassuring thing any Aussie can say, even if you won’t be ‘right

Spitting the dummy – when someone has a tantrum

Taking the piss – to make a joke of something/someone. Not to be confused with “taking a piss”

Tin/Tinnie – an alcoholic beverage, specifically canned beer but can also be used to refer to other drinks

Woop Woop – the middle of nowhere 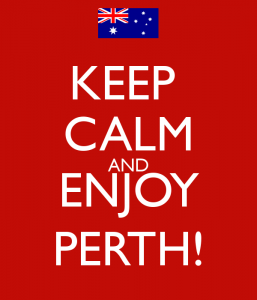 Are you feeling ready? Jump out there and enjoy your time with good people of Perth 😉