With Brad Cunningham Director of Strategy & Growth at Yappy Group

With Brad Cunningham Director of Strategy & Growth at Yappy Group

Brad Cunningham has come to spread the good news of an ecommerce sleeping giant! Where is that sleeping giant? Find out by checking out his event talk! 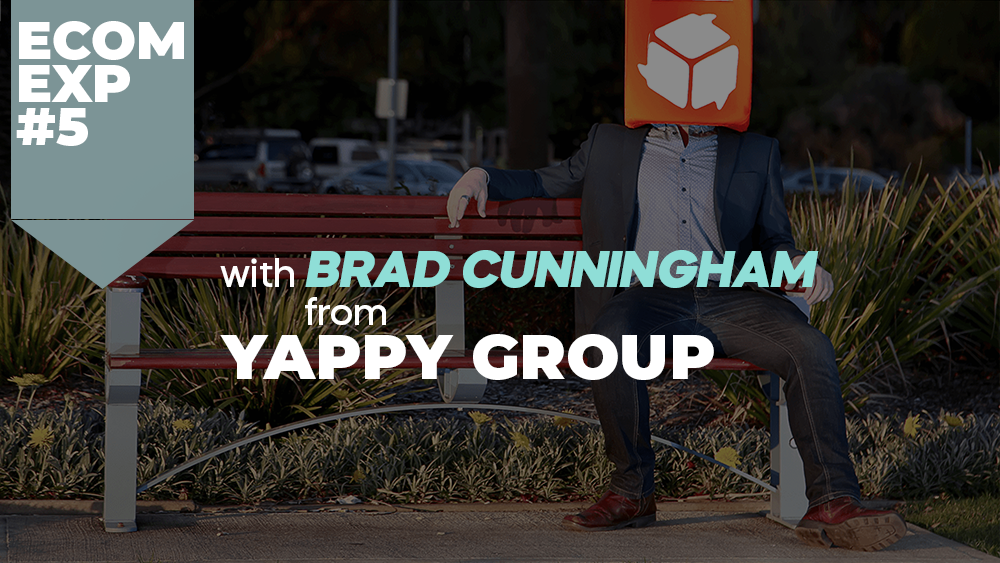 Brad Cunningham has come to spread the good news of an ecommerce sleeping giant! Where is that sleeping giant? Find out by checking out his event talk!

Brad had come back from Indonesia to share about its sleeping ecommerce potential! His knowledge comes from his long experience living and working in Indonesia. He even set up his digital agency, helping solve cross-border movements, ecommerce solutions and go-to-market strategies.

Brad started by looking at the market size in Indonesia. The population was around 264 million during the time of the event. The GDP was 1.1 trillion USD. At first glance, it seems like a developing country with a small GDP per capita.

However, Brad took us through the indications of the Indonesian market’s potential. First, 83% of the population is under the age of 55. Among that, 40% are under the age of 25. According to Brad, this is a positive sign of macro-economic growth.

Indonesia had a GDP growth rate of 5% on average over the last ten years. Inflation was under control, dropping from 6% to 3%. It is expected that it will stay under 5% for the foreseeable future. Their account deficit has been reduced significantly to around 2% of GDP. They have had quite sound management of their economy. Now, the reserve bank in Indonesia has the tools to manage its currency fluctuation in the future.

Next, Brad showed a graph that said 55% of the GDP was driven by domestic consumption. Domestic consumption is a primary driver of economic growth. Therefore, this means that there is a big market in Indonesia. A young generation is coming up, a lot of people and wealth and growth exist, making it a perfect environment for market entry.

Brad went through some market entry challenges for Indonesia. First, there are a lot of general barriers to entry. He raised foreign ownership laws and importation regulations as the main two barriers. Second, the geographic spread of the population is vast. It makes your logistics and management structures more complex. Lastly, there is a lack of developed retail infrastructure in places outside of the major cities.

Next, we looked at Indonesia’s digital economy. In 2015, ecommerce sales in Indonesia were 1.7 billion USD, covering 31% of south-east Asia. Four years later, it grew to 21 billion USD. The Google Temasek reports (2018) forecast that it will grow to 82 billion USD by 2025, covering southeast Asia’s ecommerce sales by 53.6% with a CAGR of 49%. Google’s forecasts have been off in a good sense. Their 2016 report forecasted 46 billion. If you look at the 2018 report, you can tell that Indonesia is massively growing unexpectedly. That is where the opportunity comes in for your ecommerce business.

Brad compared Australia and Indonesia’s digital economies. In 2019, their markets were both around 20 billion USD. When you compare their 2025 forecasts, Australia’s is only about one-third of Indonesia’s!

The Indonesian market doesn’t consist of just low-price goods and electronics. An example is the growth of apparel and footwear sales. In 2014, it was only at $139 million in sales. Five years later, it grew to $1.36 billion! The CAGR from 2015 to 2025 was 57.7%. Imagine this with other areas in the market. Brad said there is so much opportunity.

Another factor that Brad mentioned was social media. Indonesians average 3 hours and 26 minutes per day on social media. Specifically, Facebook has saturated the Indonesian market. The Indonesian audience size on Facebook alone is 130 million too. Brad advised presenting your ecommerce business well on Facebook with Ads. There is a higher chance of people finding your business in Indonesia. Plus, the cost for Ads is significantly lower for Indonesia compared to Australia.

The next topic was the challenges. First, the operating restrictions are strict. Brad specifies the biggest challenge in operations. It is that retail and ecommerce are on the negative investment list. This means that it is illegal for a foreign investment company to own a business in those sectors. You will have to search for a proper Indonesian partner.

Other challenges include product registration requirements. Requirements differ depending on the kind of product. It can take up to a year for your products to get registered. Brad said you need to have a prudent approach. Do your research, plan out your procedure and have every detail correct. Especially in the case when you are scaling up your business.

Importation and logistics complexity is another challenge. Brad mentioned how the regulations change quite frequently. The local freight forwarders and the regional offices in importation can take advantage of it. In general, when you ship a product from outside of the country, “importation charges” will incur. The cost can vary wildly. It might not match up to the actual cost of duties. Now only $3 is duty-free, meaning there will be a flat 17% importation tax. Make sure you know all of these kinds of factors and plan well.

The last challenge mentioned is payment methods. In Indonesia, less than 20% of consumers have credit cards. Those people are of higher socioeconomic status. If you can target them well, that is excellent. However, Brad suggested having alternative methods as well. The main ones in Indonesia are cash on delivery and bank transfer. However, you can also implement digital payment methods. Try to optimise your sell-through and take advantage of the environment.

Brad ended his talk by reminding the audience of his objective. He just wanted to share the news that there is a massive ecommerce market in Indonesia. He wanted to warn that you will need to research if you have the will to advance into Indonesia. Lastly, challenges can be used to your advantage.

Check out our other Event Talks!