What started as finding the perfect hot sauce for oneself, has gotten into a big business! Check out Renae’s story of catching opportunities and making sacrifices. 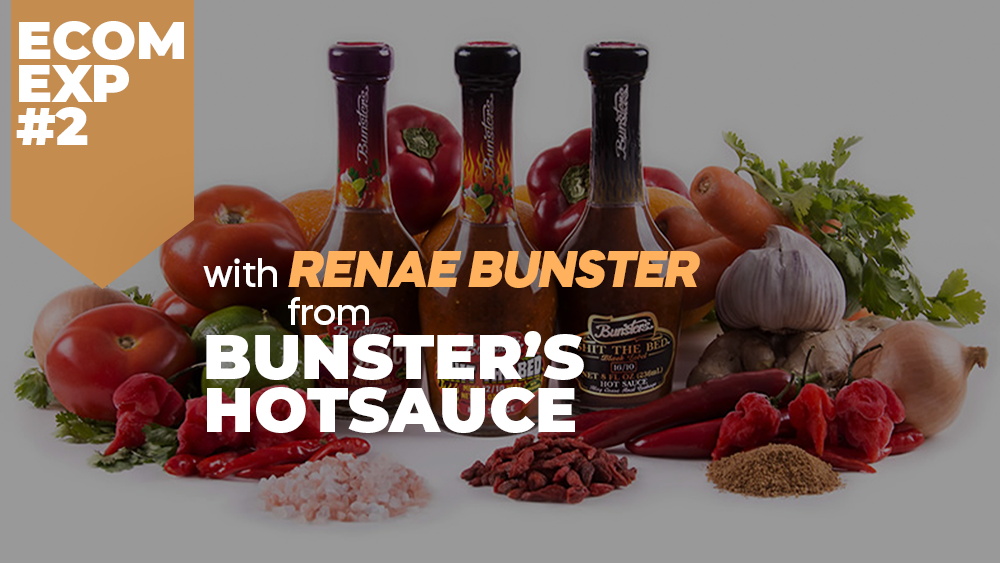 What started as finding the perfect hot sauce for oneself, has gotten into a big business! Check out Renae’s story.

Renae shared her wild ecommerce journey! She used to be a journalist and got tired of the hard work and low pay. That was when she decided to start an ecommerce business. Her previous occupation helped her adapt quickly to digital marketing.

Her first product was a personalised children’s book. They would send it worldwide and print it in either the U.K. or Australia. It seemed successful at first. However, Renae found out that the profit was not enough to survive.

During her time in Mexico, she got addicted to hot sauces. After returning to Perth, she bought all of the hot sauces she could find. However, none of them was able to satisfy her. As a result, she had to make herself a hot sauce. But still, she was not satisfied with her sauce. She tried handing out some batches to her friends. They all loved it and asked if she had more. Renae said they would have to pay money to get more, and they did! That was how her hot sauce business started.

One day, she took boxes of her hot sauce to the Chilli Festival in Fremantle. She raised twelve thousand dollars in her week at the festival. One reason behind this success was that her sauce was one of the first to have a perfect balance between flavour and spiciness. Renae started thinking of quitting her previous job.

She realised that she needed a custom-made bottle for her sauces. Otherwise, she wouldn’t be able to compete in the retail sector. Renae and her team brainstormed bottle designs. Their initial design ended up as a failure.

Before starting their crowdfunding campaign, they brought their first design to branding/marketing agencies. However, all of them responded negatively. They said that the branding didn’t make any sense.

After receiving the feedback, Renae remembered the words of some people telling her to make an extremely hot sauce. She started making a batch to make it too hot for anyone to eat. No one would buy it. She would give it away like her very first batch. Name it with a silly name. However, this led to unexpected success.

She realised that she needed to get crowdfunding for this sauce. However, she still needed to resolve what kind of bottle to use. The final answer was a bottle with a thin, long neck and a round bottle.

Before starting the campaign, Renae and her husband had to make some sacrifices. They knew that both of them would have to take time from work to build their new business. To keep themselves fed and focused on the sauce, they searched their house for items to sell. Renae raised her Porche and the previous book business.

She said it was worth the sacrifice. The crowdfunding was successful, resulting in twenty-five grand. She also found out that there was a demand for her sauce in America. A total of four thousand customers were wanting the sauce. Ultimately, she made a ten grand profit.

In 2016, Renae and her husband started to scale up their business. They had to get sturdier bottles and get the documents for exporting their sauce into America.

They proceeded to sell their sauces on Amazon in 2017. What kind of marketing strategy did she use? Renae used her experience as a journalist to catch the attention of other writers. Her strategy was successful. She and her sauces were on the online news everywhere.

In 2018, demand was increasing. She started working with a national distributor to send out her orders to customers and retail stores. Her brand, Bunsters Sauce, was gaining more recognition. A YouTube talk show, Hot Ones, featured one of her sauces. The business grew to the point where her husband quit his job to help. Now, Bunsters Sauce is doing equity crowdfunding.

Renae shared a few takeaway points for you to implement in your ecommerce business.

Lastly, she shared the marketing strategy at Bunsters Sauce.

Check out our other Event Talks!